So officially I first signed up for the Allons-y challenge, and then discovered that I walk a longer distance each day than I had expected. So having a kid that now goes to school means I either cycle or walk up and down there four times a day, nearly reaching that 10km mark within 24 hours. Whoops. I wanted to go for a higher challenge (and only count my walking distances, so no cycling bouts tsk). But then my eye fell on this beauty.

It is a truth universally acknowledged, that a mom in possession of a lots of Austen material, must be in want of a medal.

​I could not resist! I entered. Walked the distance divided over a few days time (with a baby in a carriage and a toddler who is either slowing me down or leading me astray).

As it so happens, I was invited to a fun shoot now that lockdown measures were lighted for the first time in months in our country. "Fancy shoot for fancy dresses" they called it. Well, it so happened I had lots of blue fabric leftovers and fancied doing some fantasy regency dress with it that could be made in a day (or in my case 2 mornings were all I had... it was a bit last-minute).

It also happened, that the medal of this challenge arrived the day prior to the photoshoot and I just could not resist adding it to costume. Mind you, I hadn't realised the blue of the medal matched my costume this well. Such a coincidence, but a blessed one too.

So here's my small gallery of me and the medal, the medal and the costume, and well... me eating the medal beacuse that's what fanatic sportsmen usually do, isn't it? Checking to see if it's valuable or real gold or something. I truly don't know why they do what they do, but Richard Verkooijen, who took the last picture of me eating the medal, and I were having a right laugh.

I feel I should be doing something similar with all completed challenges and medals received now.

Thank you MedalMad, these challenges are such a blast. 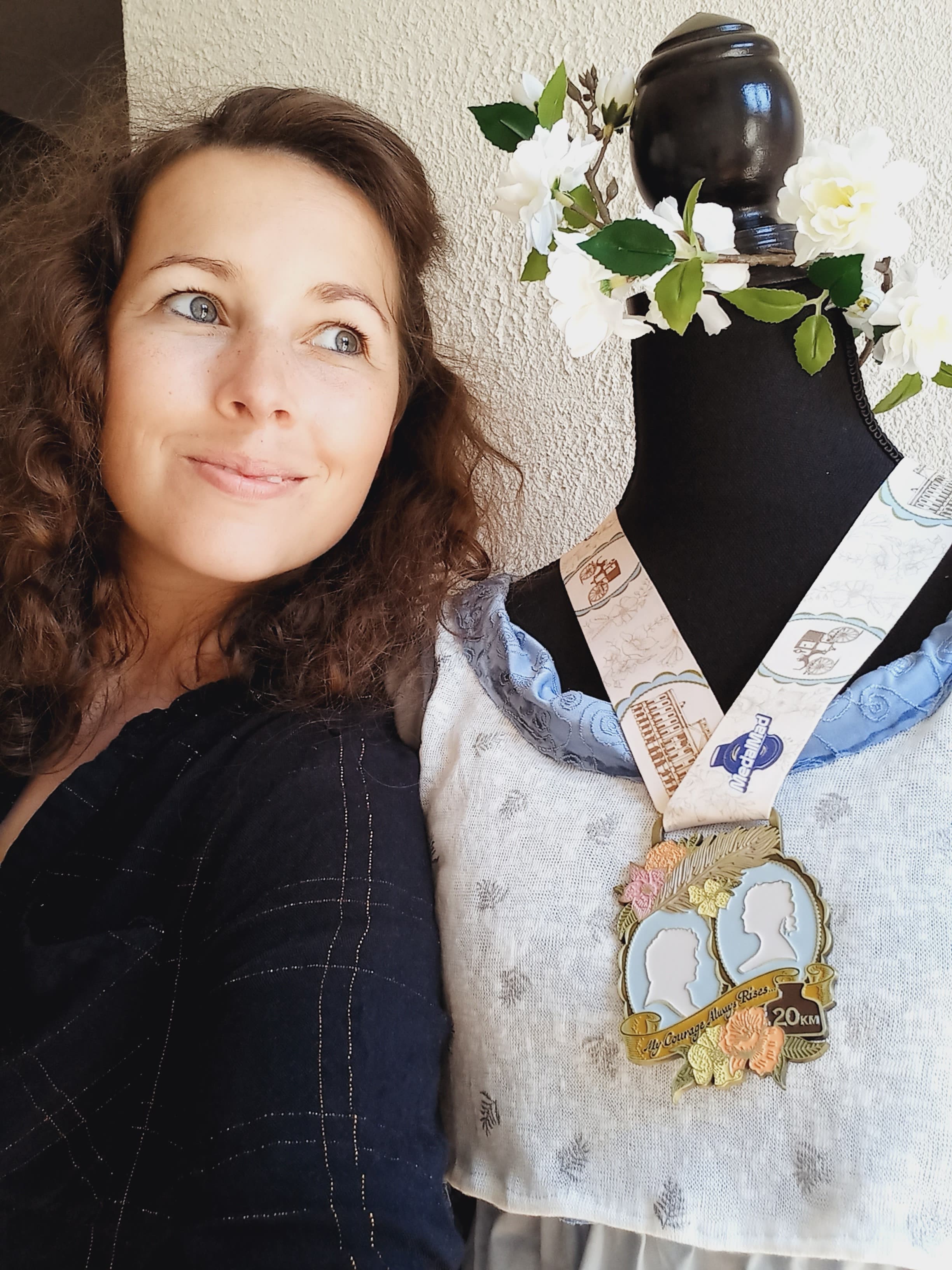 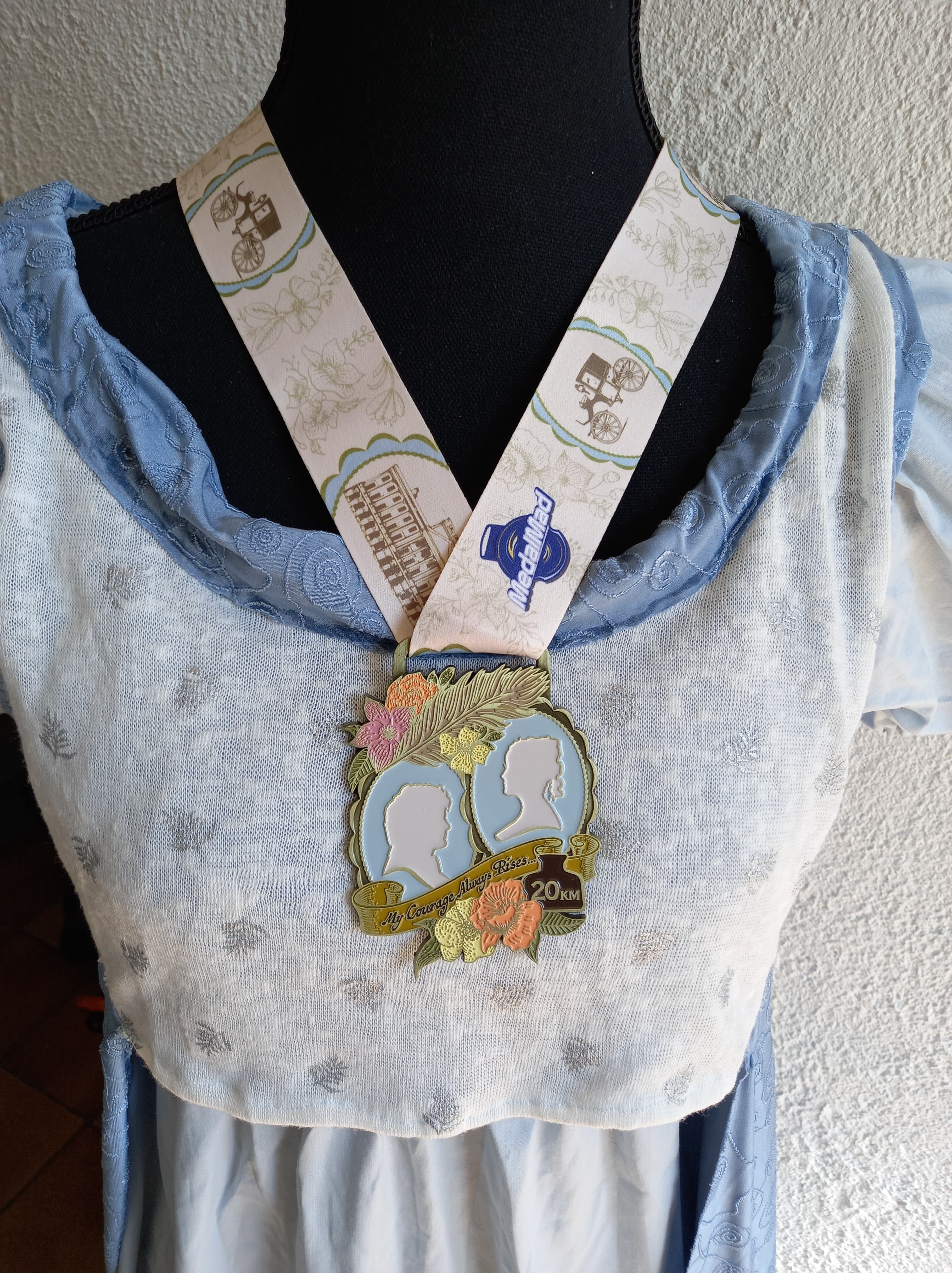 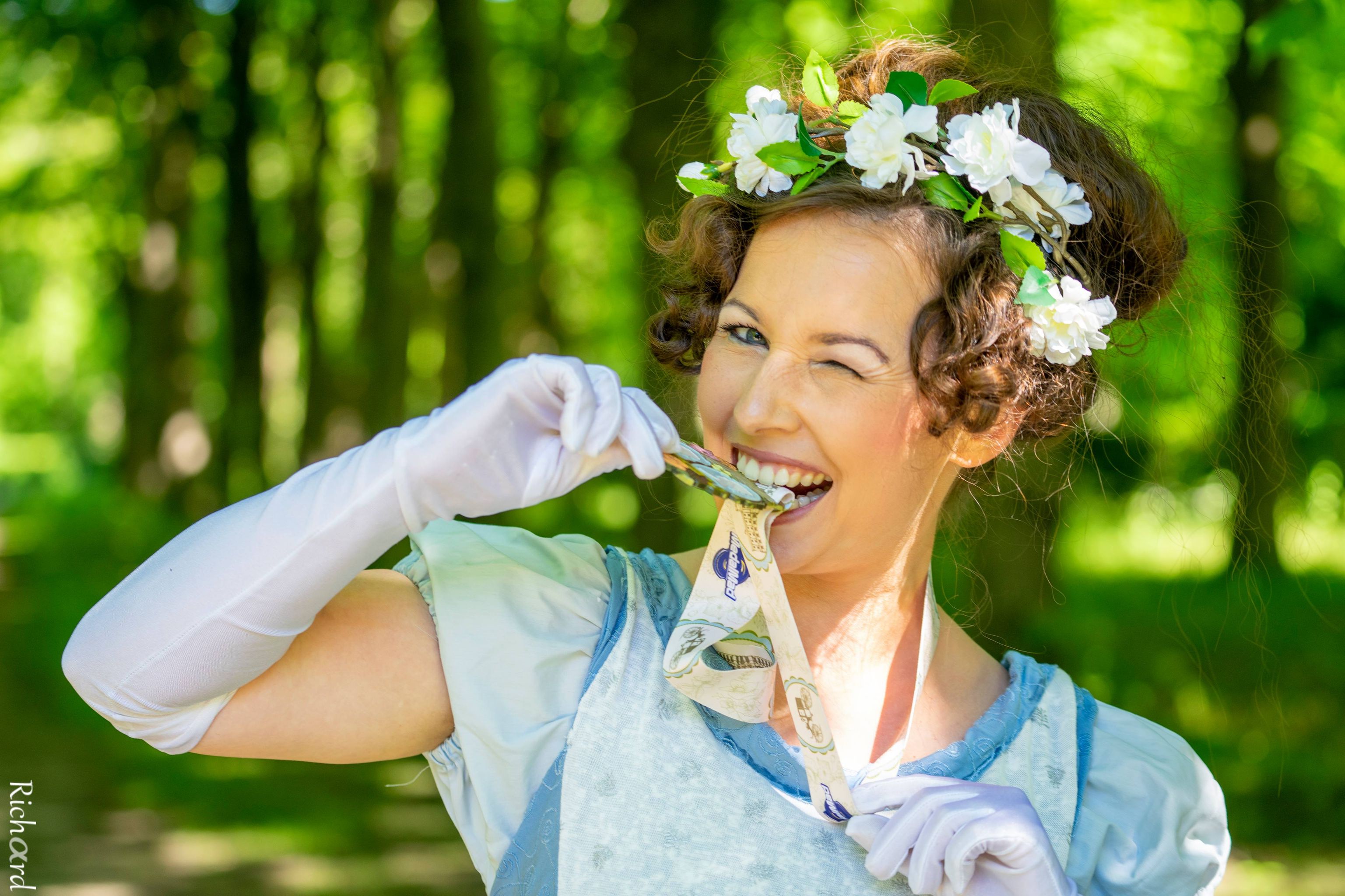