The Nordbahntrasse is a hiking and biking way in Wuppertal that is around 22 km long and between 3,5 and 10 m wide.
Its build on a former railroad line through Wuppertal. The northern end is connected with an other former railroad line that goes inside the Ruhrgebiet, the other end is near Train Station Vohwinkel in western Wuppertal and is connected with a hiking and biking way that goes to Düsseldorf.

Today i would like to show you some pics from the Tunnel Schee which is the northern end of Nordbahntrasse.
Inside the tunnel the town border between Wuppertal and Sprockhövel is marked. With 722m lenght its the longest of the five tunnels at the Nordbahntrasse. One tube is open for public the second one is closed because a lot bats live in there.
The tunnel was opened as part of a railway on 20th May 1884 and closed with the railway in 1984. In WW II between August 1944 and March 1945 parts of the ME 262, worlds first jet-powered fighter aircraft, were build inside the tunnel. As always in that time mostly by slave labourers. 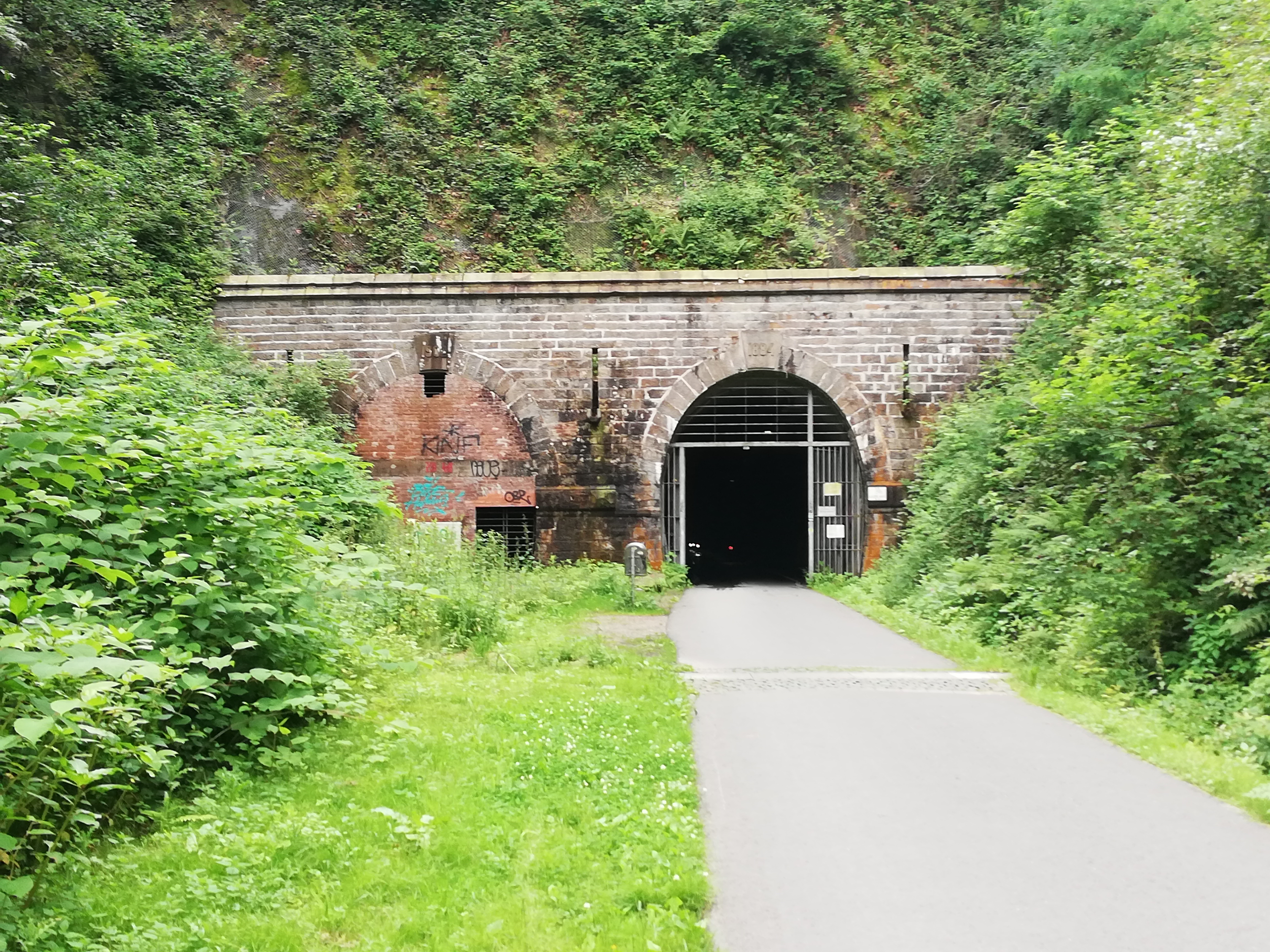 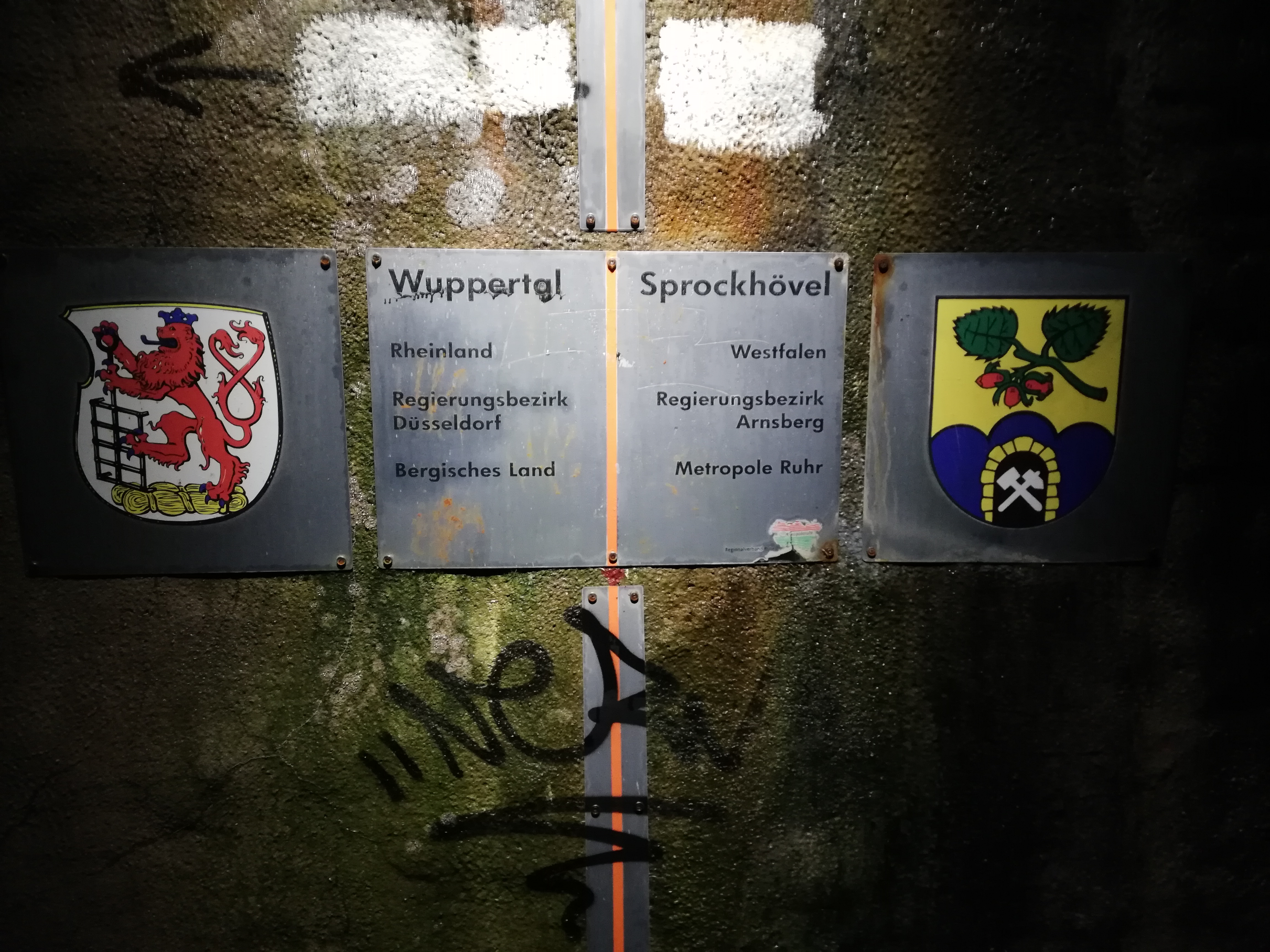 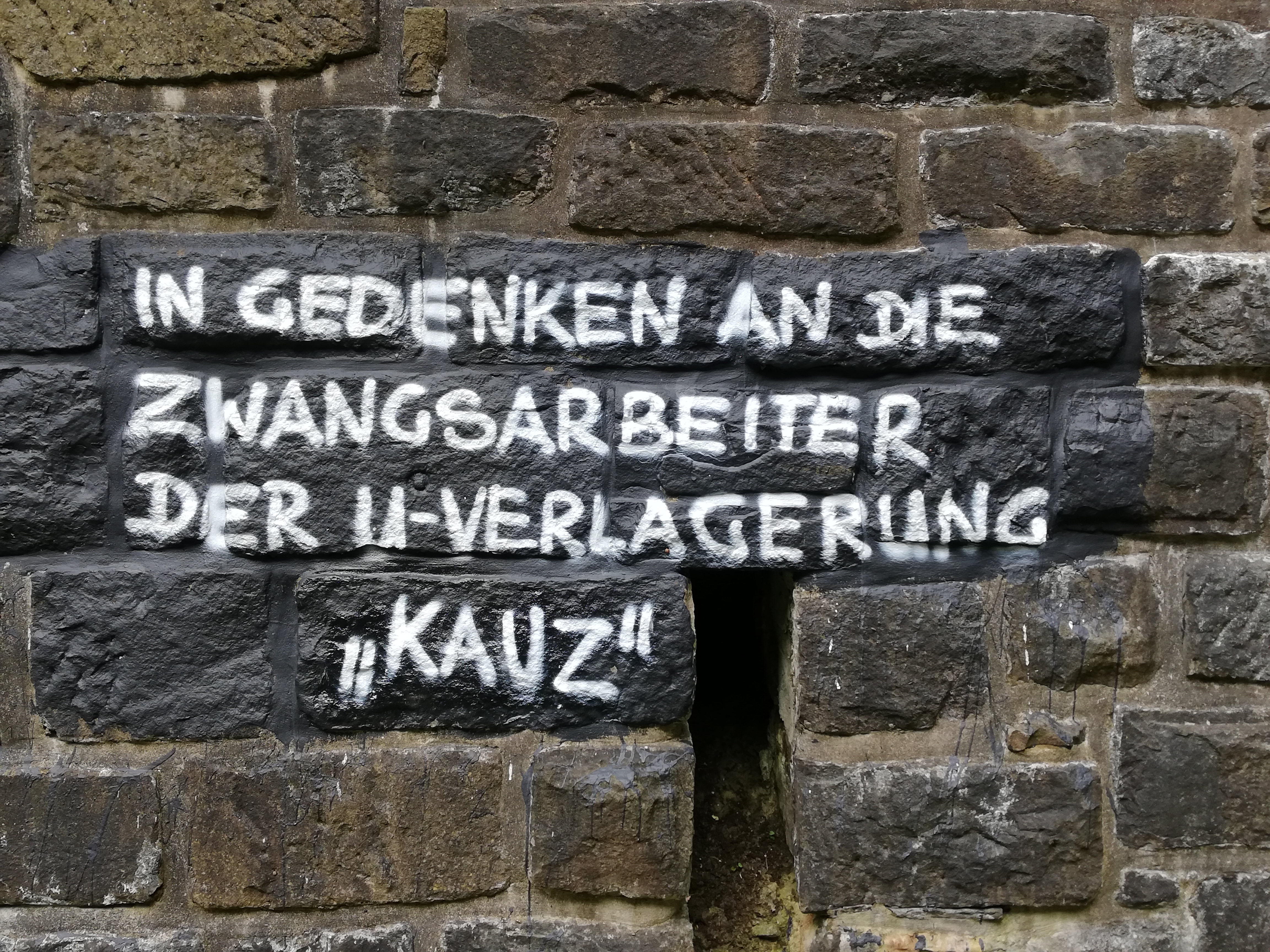 Pic one shows the Northern End of the tunnel
Pic two shows the marking inside the tunnel on the town border between Wuppertal and Sprockhövel.
Pic three shows a painted Memorial for the slave labourers that had to work there.